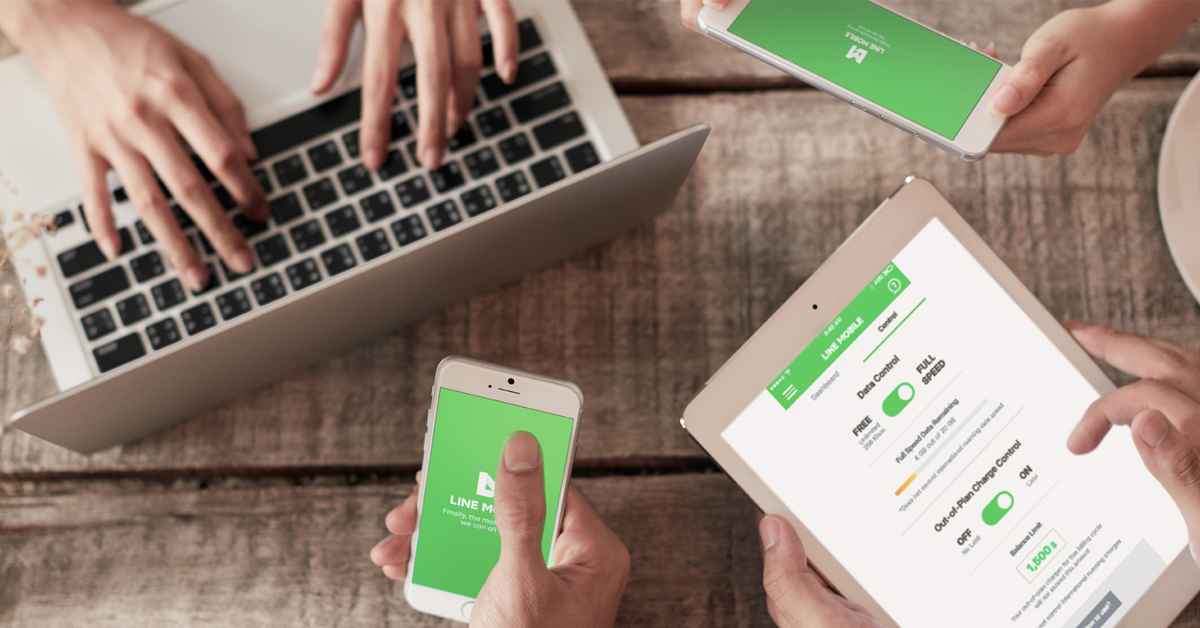 The experience of purchasing a telco package, anywhere around the globe, often has a familiar ring to it. There are the trips to crowded storefronts, where the staff attempts to sell you more than you need, followed by hidden fees and a queue on the support hotline.

A telco company that operates completely online, however, has the freedom to create an entirely different, and more satisfying, customer experience. That’s just what Thailand-based LINE MOBILE set out to do: be the most-loved brand in the market. The company launched in Thailand in September 2017 with the goal of giving customers exactly what they want from their mobile experience.

As it turns out, a hassle-free experience sells. In the 8 months since its launch, LINE MOBILE has attracted a million users to its platform. The challenge became how to support new customers in the same, hassle-free way.

“Other companies heavily rely on call centers. These take a lot of time and money to set up, and you don’t see the benefit very quickly,” said Head of Customer Service Anuchit Khamnoi. “We wondered: what if we can deliver the same or better service, but with less investment?”

To support their growing customer base, Khamnoi considered a number of platforms, but he’d used Zendesk at previous companies and found it easy to customize, and knew that integrating Zendesk with the tools used internally, would set its service apart. He also felt confident that Zendesk would help LINE MOBILE adhere to its digital-first support strategy.

“I did a lot of research and found that trends are changing,” Khamnoi said. “In order to keep the operations growing, we have to go in the digital-first direction. So far, that’s proven to be right.”

LINE MOBILE uses Zendesk Support and Chat for its email and chat channels, and implemented Zendesk Guide more recently, in 2018, to build out its self-service offering. Live chat, however, is the team’s primary focus, as it allows agents to answer customer questions around the clock, 24/7. Agents can help multiple customers at once, and there’s no time limit on conversations. As great as live chat is for the team, it’s also the channel of choice for LINE MOBILE’s customers. The majority of contacts are sent via chat.

“At other companies, customers have to finish the chat within 15 minutes or get kicked from the system,” Khamnoi explained. “We respond fast, in less than a minute, and agents can chat for as long as they want. It’s a game-changing strategy.”

In addition to desktop chat support, LINE MOBILE uses Zendesk’s Mobile SDK to provide chat support through the LINE MOBILE app, ensuring that customers can reach out to the company at any time for help with account, plan or billing questions. Any inquiry that’s too complicated to be solved over chat is escalated to a group of email agents. Though their focus is on digital support, LINE MOBILE does still have a phone number for customers who want to reach out this way. The company is working with Aspect to leverage the Zendesk API and Zendesk Talk Partner Edition to fully integrate its phone system with Zendesk. Agents are committed to keeping the wait time under three minutes.

Khamnoi is able to train agents on Zendesk during just a half-day session, followed by some agent shadowing. After that, he said, his team can use the products on their own. The simple training process has been key to scaling the support organization, which provides support in both English and Thai. The team, still lean, includes a tier team of chat and phone agents, social media and community management, tiers 2 and 3, and managers. They must be prepared to handle rapid growth as LINE MOBILE prospects include the 30+ million users of the wildly popular LINE messaging app.

He also appreciates the reporting. Being able to track agent response times has been a huge benefit of adopting Zendesk, Khamnoi said. He finds the reports easy to generate and appreciates being able to give agents almost real-time feedback on their performance.

In this way, agents focus on improvements and their hard work pays off. The support team maintains a customer satisfaction rating above 95 percent for live chat. The comments, Khamnoi noted, are often about the speed of service.

“When we send a response, we have to wait for the customer to answer back,” he explained, “so we have a space of time where we can serve a number of requests. We don’t lose customers and customers feel that we’re serving them well.”

This is one reason why Khamnoi appreciates having an omnichannel solution in place, so that agents have insight into how volume is trending in other channels and can easily switch to lend a hand. With Zendesk, Khamnoi said, LINE MOBILE can adapt and change within in a matter of minutes. And this is the way forward.

“We consider ourselves a startup within an enterprise,” he said. “Customer demands change every day, but Zendesk is a partner that can help us reveal our strengths and limitations. Operationally, our agents can understand the solution and easily use it—they can focus on the conversation.”

“We make it a priority to serve fast responses to our customers. We want to solve their issues without them needing to go to another channel. Zendesk helps us do this.”