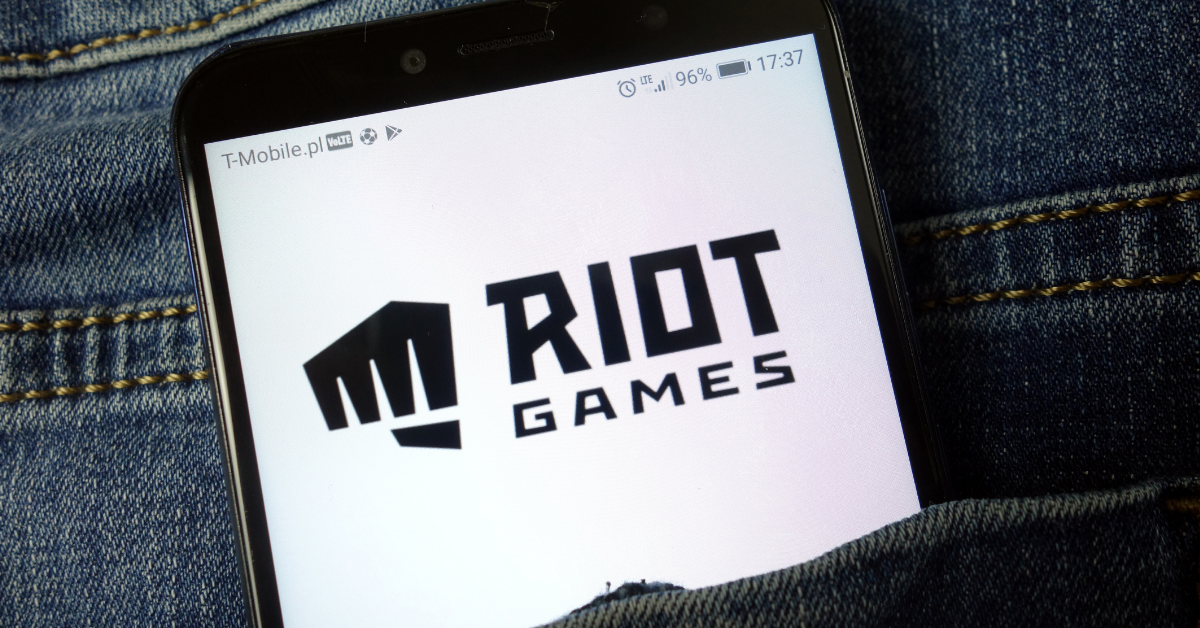 The world is Runeterra. With skill, teamwork, and a little luck, you’ll guide your summoned champion—a mage or tank, for example—toward the ultimate victory: the successful destruction the other team’s heavily guarded Nexus.

With more than 100 million monthly active users, Riot Games’ League of Legends has built a devoted fan base across the globe, spawning competitive league play and highly watched matches on Twitch and YouTube. Launched in 2009, this multiplayer online battle arena (MOBA) game retains and attracts new players due to its compelling design. Behind that, it’s Riot Games’ player-first mentality that makes it all possible.

Much like how a successful League of Legends team adjusts its strategy to stay ahead of its opponents, Riot Games’ player support organization constantly searches for ways to reduce obstacles that keep players from doing what they love: playing video games.

“Our founders, Brandon ‘Ryze’ Beck and Marc ‘Tryndamere’ Merrill, wanted to make a game as players, for players,” explained Shaun ‘BlueFire’ Randall, a product manager in Support Engineering at Riot Games. “Each day, Rioters from support to product try to make the player experience better.”

In the game’s early years—as its base began to grow exponentially—Riot used email to handle player support requests. But as volumes increased it was apparent that the company needed a better solution to support players. After evaluating several vendors, Riot Games found a match in Zendesk.

“Our line of thought was that Riot was a growing company, so if we could pick another partner that looked like it had a similar growth trajectory and similar values to us, we would be able to have this long-term partnership that would allow us to stick with one CRM solution rather than trying to do the CRM hop every few years while negotiating contracts,” Randall said. “Zendesk is very much focused on the player experience. I feel like we’ve always been able to speak honestly with each other.”

Being able to work closely with Zendesk has helped Riot Games build an organization of more than 500 agents providing technical and merchandising support across a dozen international regions. The teams apply an omnichannel support strategy and offer self-service, as well as help through email, chat, and a web form. During a typical year, the player support organization receives over 3 million support tickets.

This kind of volume could easily lead to a prohibitively large support organization with adverse effects on the bottom line, or to a sizeable backlog and decreased player satisfaction. Yet with an omnichannel solution, and by leveraging Zendesk’s extensibility through the Zendesk API, Riot Games was able to scale with player adoption and subsequent volume. Its custom-built apps are as innovative as its games and help to deflect tickets that would otherwise require additional headcount. More importantly, Riot Games has been able to address what it sees as essential: reducing player wait times.

The team on which Randall sits is known as the “Wolf Engineering” team, a nod to Winston Wolfe in Pulp Fiction, because they solve problems—oftentimes tough, complex ones. For example, Riot Games’ Hextech repair tool, a project led by Adam ‘Mada’ Petersen, is sent to players via macros and helps players configure their device to play League of Legends optimally. “Players can use the tool to read their process list and in return, the app tells the player which processes are good and which processes might be conflicting with the game,” Randall explained.

Meanwhile, Blitzcrank Bot, an automated solution handler created by Michael ‘Channel Cat’ Hill, identifies common requests such as account recovery (lost passwords or hacked accounts) and is sometimes able to respond in a matter of seconds. To do so, Riot Games created a service that reads all Zendesk data and applies that data to the company’s proprietary machine learning.

The outcome? The automation responds so fast—usually in less than 30 seconds—that satisfaction around these types of issues has significantly spiked. The secret was also shared on Reddit—how to submit a ticket to Riot Games to get the bot first, instead of waiting for an agent—resulting in a busy day for the bot. It received approximately 20,000 tickets in 24 hours.

Riot Games has also put the Zendesk API to use building its Player Support Integration Tool, which helps agents locate relevant data about player bans and other info, at times cutting ticketing resolution times in half. And, as the company has expanded into regions where English isn’t spoken, it has used the API to build a macro translator that changes the title into the appropriate language without changing the backend tags. This prevents confusion for agents and helps to ensure that duplicate macros aren’t sent to players when duplicate tickets are submitted.

The company’s embrace of the Zendesk API and Zendesk Guide has also led to delivering dynamic content for the Riot Games help center, reducing load times for players seeking answers via self-service. “This lets us get closer to the web component world where we can change the page without having to reload it,” Randall said. “We have zero subsequent page load times in Zendesk, so after you hit our first page, you will have basically millisecond load times on every other page in the Zendesk instance.” Randall credited Jarrod “Get Gooder” Spurrier for this feat, made possible through intelligent caching.

“We found that if we could drastically reduce load times, players would spend more time in the help center, which would often result in the player not losing time waiting for an answer, which leads to frustration and decreases their satisfaction,” he said.

Player satisfaction is everything at Riot Games, and top players are often recruited from the player base to become support agents. In this way, many of Riot’s agents have an intimate understanding of the pain points of the game. “They have to be a great player support agent and a pretty good League of Legends player, too,” Randall said. And because Zendesk is easy to use, new agents are able to quickly ramp up and are operating at full capacity within two months.

"Zendesk gets a wealth of ideas from customers and often anticipates our needs before we’re even able to articulate or understand them."