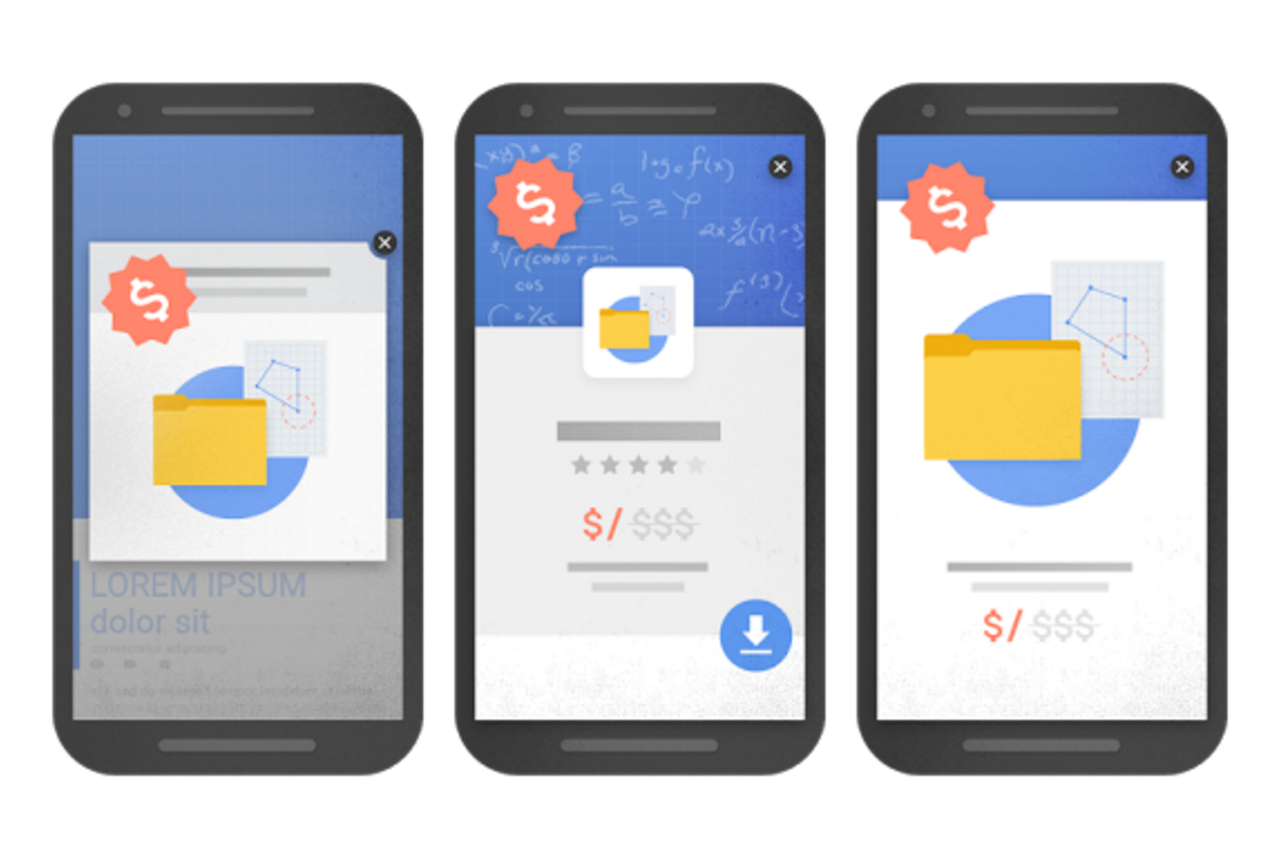 There are a “hundreds of signals” that go into Google’s search result rankings, so it’s not like every website that uses these ads will feel pressured to remove them overnight. If a site with a pop-up still has the best information, it’s still likely to appear first. But this change ought to benefit one site over another when those two sites appear roughly equal otherwise.

GOOGLE’S CHANGES COULD MAKE A DIFFERENCE OVER TIME

Google’s intention is to not just direct people to more informative results, but to results that work better for them — e.g., don’t annoy them with a pop-up — too. This is something Google has increasingly been doing with its search algorithm. Last year it began boosting the rank of “mobile friendly” websites, and in 2014, it began boosting the rank of sites with encryption as well.

As you’re probably aware, not all websites offer mobile sites, and most websites are still not encrypted. So it’s not like every time Google says “jump” that developers and publishers immediately jump. But search ranking is something that most developers pay close attention to — it’s often a major source of visitors — and Google’s continued nudges could make a difference in the long run.

These new changes will go into effect next year, beginning on January 10th. From that point on Google will start lowering the rank of sites “where content is not easily accessible.”

For the most part, Google is targeting overlays that gray out the content beneath them to prevent you from reading a website, either for a few seconds or until you find and very carefully tap a little X to dismiss them. These count regardless of whether they load immediately after a page is opened or whether they appear after scrolling a certain distance. On top of that, it sounds like Google will also count ads that create the effect of a pop-up without actually being a pop-up, by taking up most of the page after a site is loaded (you may have seen one of these if you’re reading this article on mobile).

Not all pop-ups and overlays will be counted in Google’s new rankings. Pop-ups needed to meet a legal requirement — like verifying someone’s age — are still okay, as are smaller banners at the top of a screen that use, in Google’s not-at-all-defined formula, a “reasonable amount of screen space.”

Publishers are likely to be unhappy about the change, as it’s liable to take away either visitors or ad revenue. And it’s fair to question whether Google should be the one to dictate when ads are and are not acceptable. But that all said, its intention here seems to be pretty reasonable. These ads make websites into slightly worse search results, and Google is going to start treating them that way.